Sea Wolves of Coastal BC

It’s rare to spot wolves in the wild, let alone ones that leap into the open ocean and swim from one island to the next in search of marine delicacies. Meet the majestic sea wolves of coastal BC.

Sea wolves, also known as coastal wolves, are a genetically distinct group of grey wolves unique to the Pacific Northwest. In British Columbia, this species lives in coastal environments like the Great Bear Rainforest, Vancouver Island, and smaller islands in the Salish Sea. They roam in many of the same areas where we operate our kayaking tours, and they share a coastal habitat with orcas, seals, otters, eagles, and many other marine life. 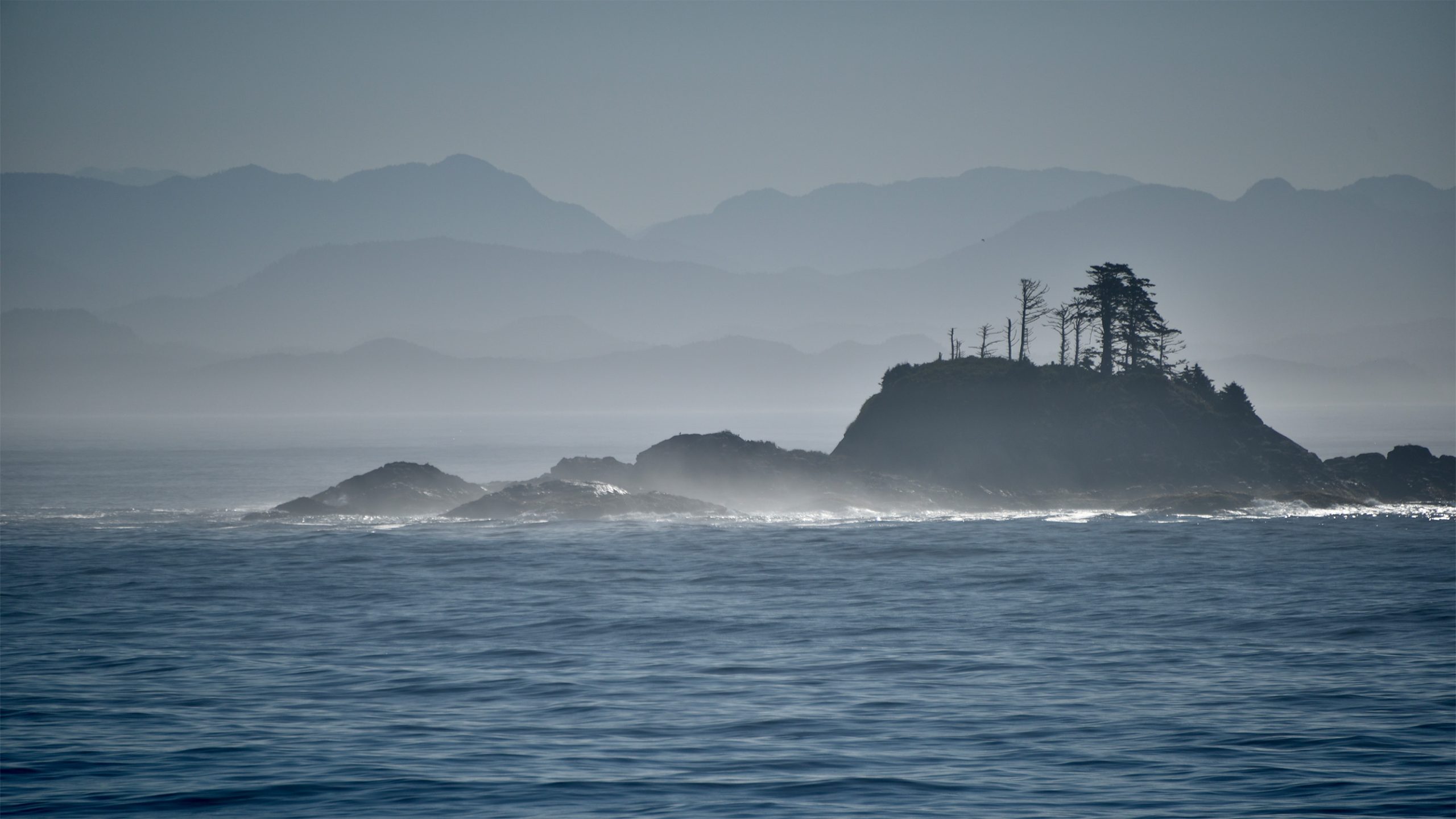 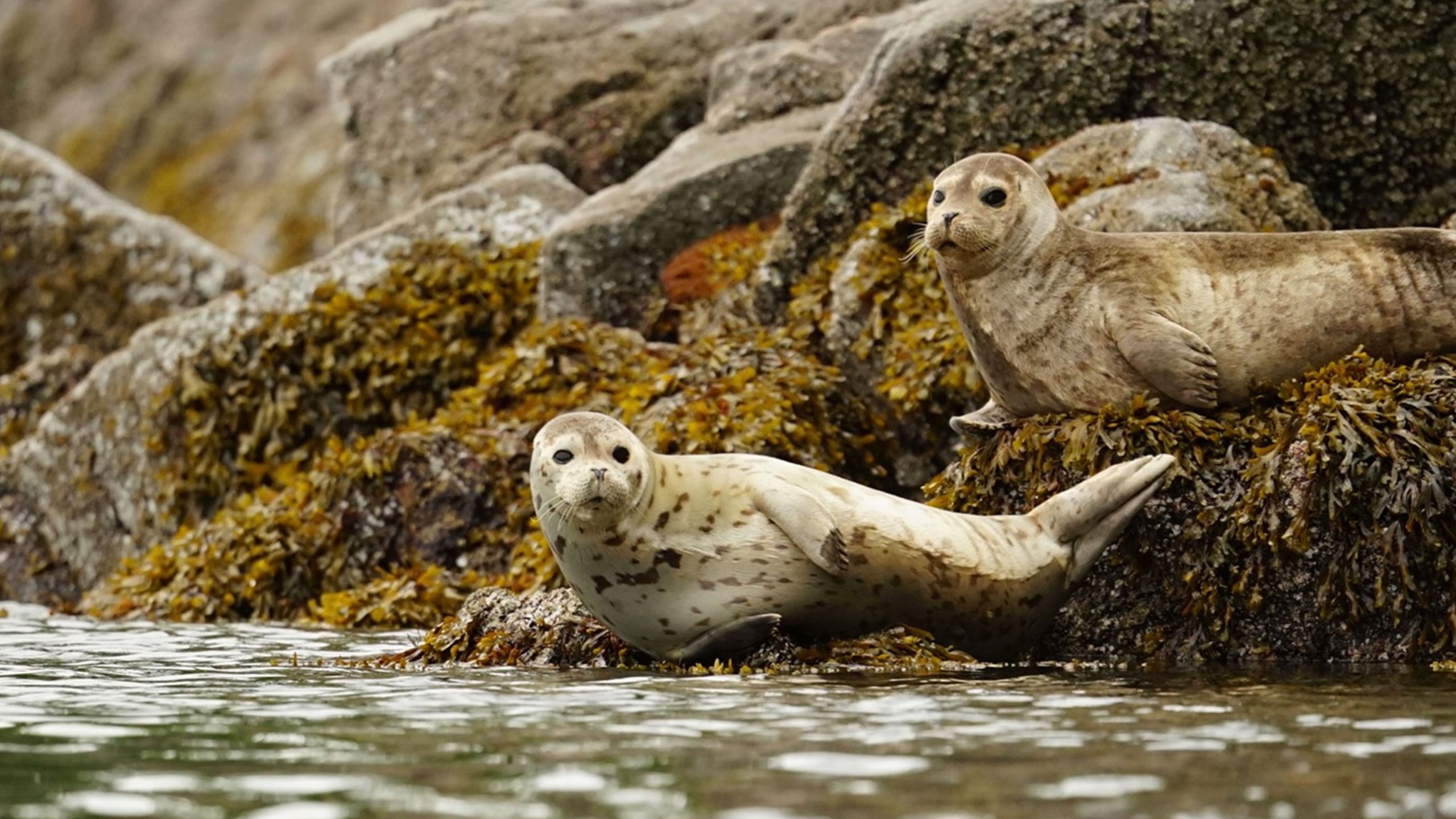 Coastal wolves also live on the mainland, west of the Coast Mountain Range, however even this population differs from its island relatives. Despite being just a short distance away, breeding and hunting in different ecological environments has created genetic distinctions over time.

HOW ARE SEA WOLVES DIFFERENT FROM MAINLAND COASTAL WOLVES?

They are living life at the edge with two paws in the ocean and two paws on land.”

Life rumbles at a different pace on the island, and the same can be said for island-dwelling sea wolves. They roam around rugged shorelines in search of seafood like salmon, fish eggs, barnacles, clams, and beached whales and seal carcasses. When the pickings are slim nearby, they will leap into the frigid Pacific ocean and swim miles between land masses to forage for food. It’s said that they swim like otters and fish like bears. The sea wolves of BC’s islands are the only species of wolf that subsists primarily on a marine-based diet.

When it comes time to hunt larger prey, coastal wolves often work together as a pack with the alpha male leading the charge. The dominant male distracts the unsuspecting prey and backs it into the remainder of the pack. From there, it’s a simple game of numbers, and the wolves usually come out victorious. 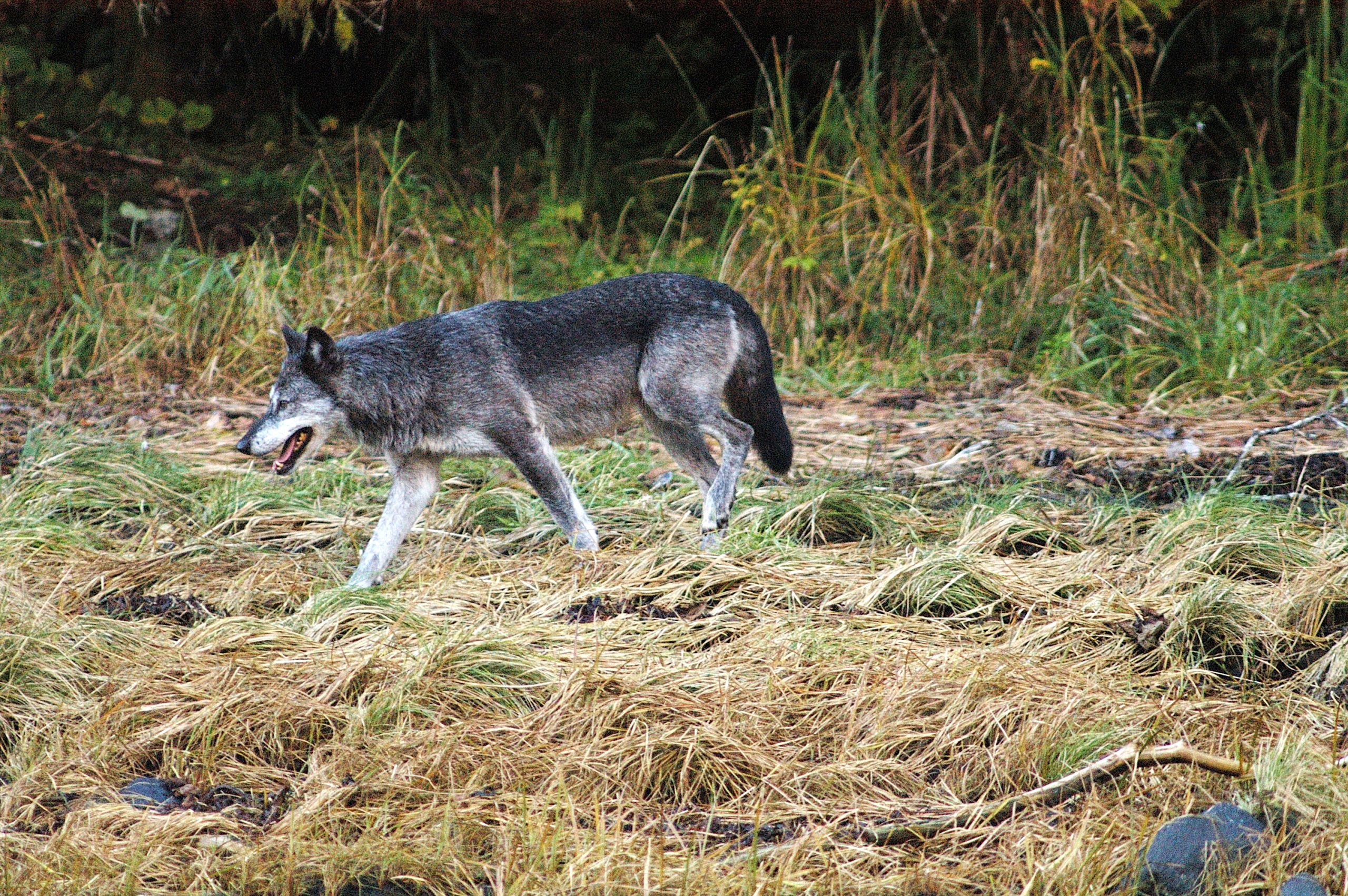 Coastal wolf slinking through the grass

Wolves receive deep respect in coastal First Nations culture and storytelling for their loyal and independent spirit. They are highly intelligent and social creatures that generally live in packs ranging in size from 5 to 20 members. It’s rare for them to live alone, which is what makes the renown story of Takaya the lone wolf so intriguing and captivating.

Although we share the same lands and waters as these wild creatures, they are incredibly elusive. We spot them occasionally during our trips, but we are far more likely to hear them. Some nights at twilight, the haunting howl of wolves carries clearly across the water. Despite being Vancouver Island’s top predator, wolves pose little threat to campers and prefer to keep away from human activity. Encounters with the sea wolves of coastal BC are as majestic as they are fleeting; it’s an experience to treasure deeply and then leave to the wild. 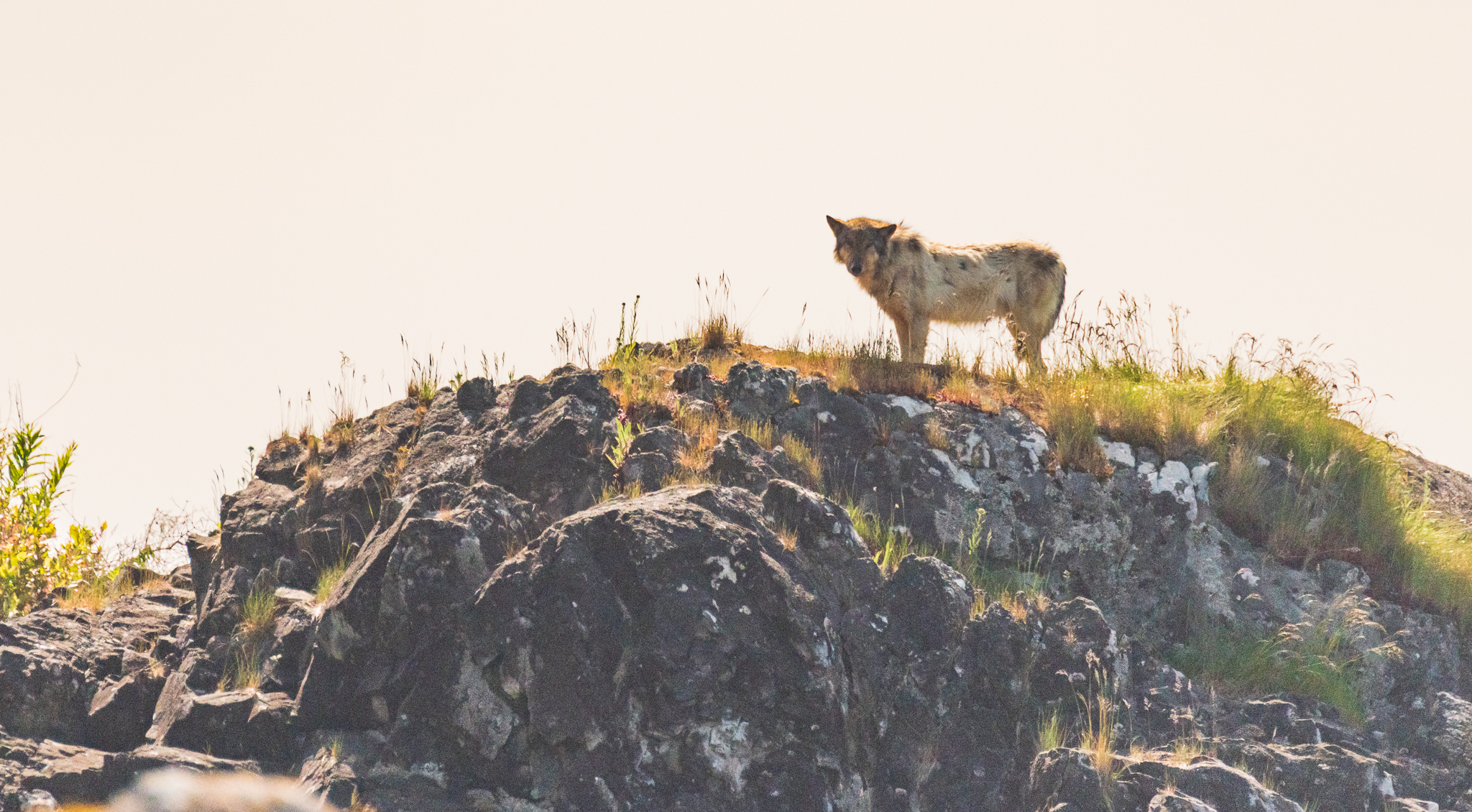 Photo by guest Alex Mowatt during our Nuchatlitz Expedition

Island of the Sea Wolves on Netflix, October 2022. A docu-series filmed on Vancouver Island, which tells the story of sea wolves and other coastal species.

Takaya: Lone Wolf on The Nature of Things, October 2019. The remarkable story of a solitary wolf living against the odds in coastal BC.

Pacific Wild: Save BC Wolves. A campaign to stop wolf culling in BC and raise awareness about the importance of wild wolves in BC’s ecosystem.