Seaweeds – Where Nori Comes From

A common feature found on our kayak tours around Vancouver Island is the presence of seaweeds in their many shapes and forms. Marine ‘macroalgae’, or seaweeds, are plant-like organisms that live attached to rocks in the intertidal zone, in giant underwater forests, or floating on the ocean’s surface. They can be very tiny, or very large – growing to over 30 metres long. They have many plant-like features but are not true plants; they are algae. Algae are part of the ‘Kingdom Protista’, which means that they are neither plants nor animals. 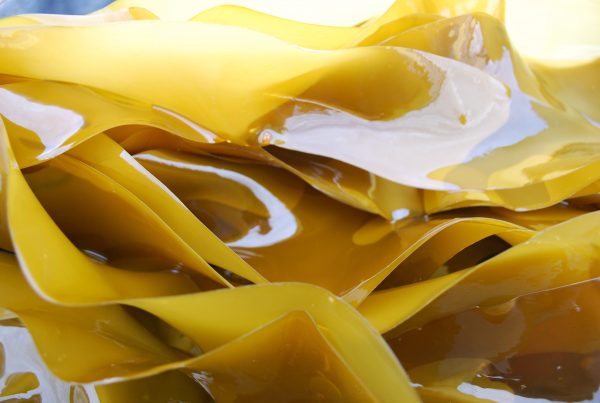 Seaweeds are not true plants because they lack a vascular system (an internal transport system for fluids and nutrients), roots, stems, leaves, and enclosed reproductive structures like flowers. Because seaweeds are in constant contact with the water, they are able to absorb all that they need directly. Like true plants, seaweeds are ‘photosynthetic,’ converting sunlight into materials needed for growth.

As well as ‘chlorophyll’ some seaweeds contain other light-absorbing pigments, which can be red, blue, brown, or golden, and are responsible for the beautiful colouration often seen. Instead of roots, seaweeds have holdfasts, which attach them to the sea floor. The stalk or stem of a seaweed is called a ‘stipe’, which provides support. The leaves of seaweeds are called blades and their main function is to provide a large surface for the absorption of sunlight. Many seaweeds have hollow, gas-filled structures called ‘floats’ (or ‘pneumatocysts’) which help to keep the photosynthetic structures of the seaweed at the water’s surface so they are able to absorb energy from the sun. 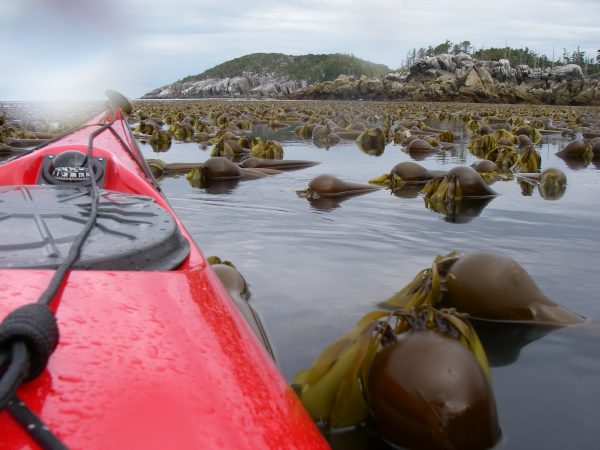 Seaweeds are classified into three major groups; the green algae (Chlorophyta), the brown algae (Phaeophyta), and the red algae (Rhodophyta). Some of our brown seaweeds include bull kelp, feather boa kelp, winged kelp and giant kelp. Most green algae live in freshwater but a couple of examples of green seaweeds include dead man’s and sea lettuce. Red seaweeds include a Turkish towel, and nori – an essential ingredient when making sushi!

As the basis of the marine food chain, seaweeds are a food source for many marine animals, also providing shelter and homes for numerous fishes, invertebrates, birds, and mammals. Seaweeds are therefore essential to marine ecosystem health and longevity. We use many species of seaweed for food, cosmetics, pharmaceuticals and agricultural fertilizer production. Did you know that more than 70 percent of all the foods that you buy in the supermarket contain products derived from seaweeds? Including ice cream, toothpaste, cookies and beer!

And, probably too often, our guides can be found serenading guests with their bull kelp instruments… 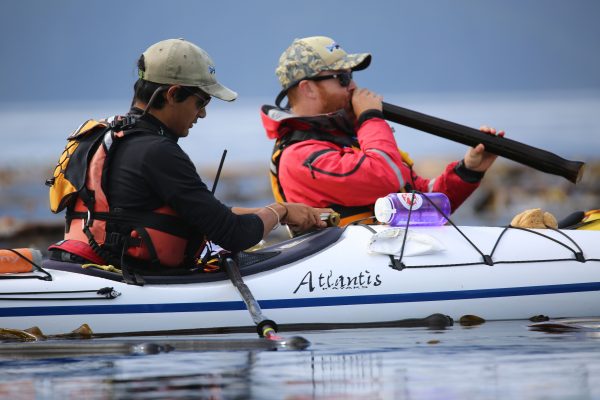