Best Place to Kayak Near Vancouver, BC

Why you should put the Broughton Archipelago on the top of your list.

Summer weather in British Columbia (June-September) makes for the absolute best conditions for exploring some of the most stunning scenery in all of Canada. With so many options for paddling around Vancouver – from False Creek to North Vancouver – it can be hard to decide where the best place to go might be.

Vancouver does boast some lovely paddling, no doubt, but it can be hard to escape the crowds in a city that has over 2 million people – many of whom flock to the same areas for paddling throughout the summer.

If you are planning to visit Vancouver and have time to spare, consider kayaking northern Vancouver Island. The views here far surpass those around the city, and the remote wilderness setting offers an opportunity to escape the bustling crowds.

Northern Vancouver Island, and The Broughton Archipelago, in particular, offers the adventurous traveller something very unique. Its combination of impressive wildlife, history, people and community make it a must-see for visitors to Vancouver and the island. 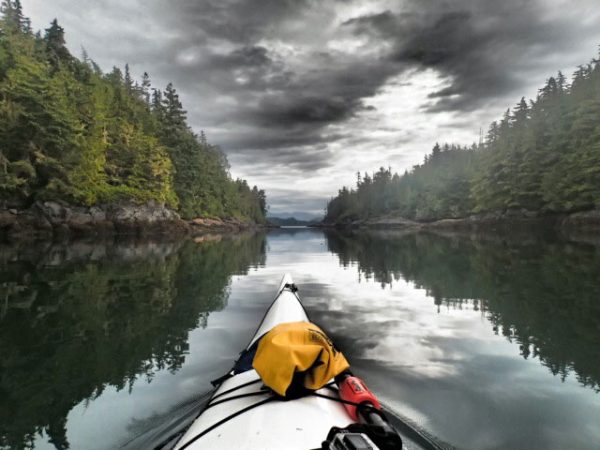 WHAT IS THE BROUGHTON ARCHIPELAGO?

The Broughton Archipelago is the largest marine park in British Columbia. It is located on the west side of Queen Charlotte Strait, near the north end of Vancouver Island. The Broughton Archipelago consists of many islands and islets, offering excellent kayaking, whale watching and wildlife viewing opportunities, all with a backdrop of the coastal mountains to the east and the waters of Queen Charlotte Strait to the west.

WHAT KIND OF WILDLIFE LIVES
IN THE BROUGHTON ARCHIPELAGO?

Northern Vancouver Island is home to several species of marine mammal, including orcas (killer whales), humpback and minke whales, harbour porpoises, Pacific white-sided dolphins, harbour seals, California sea lions and sea otters. In addition, there are black bears, bald eagles, many species of salmon and an incredible diversity of intertidal life to be seen. Nearby, in Johnstone Strait is the Robson Bight (Michael Bigg) Ecological Reserve, a sanctuary for killer whales. Robson Bight is a unique area where the whales often come to rub their bodies along the underwater beaches; the sanctuary functions to protect these key orca habitats. 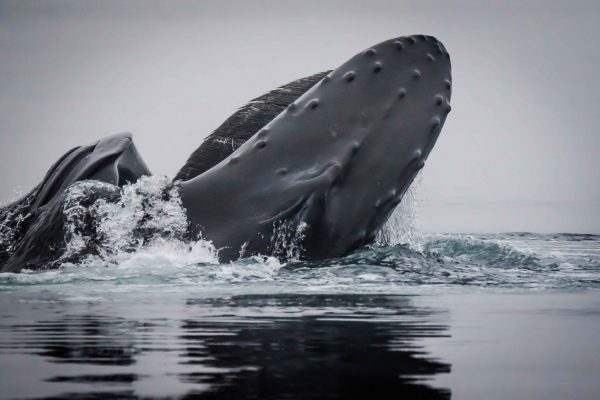 WHAT IS SO SPECIAL ABOUT
THE HISTORY HERE?

The Broughton Archipelago has a rich cultural heritage. The sheltered waters and abundant ocean life of these islands were utilized by First Nation peoples for generations. For the trained eye, there is much evidence of this use still to see.

‘Midden beaches’ display evidence of indigenous occupation in the form of accumulated shells, bones, utensils and artifacts. ‘Culturally modified trees’ bear marks that indicate modification by indigenous people as part of their cultural traditions, as with the stripping of red cedar trees for use – for example – in clothing and basketry.  ‘Clam gardens’ consist of made-made structures that create terraces in intertidal zones that increase productivity in shellfish harvesting. Finally, petroglyphs provide evidence of early civilization in the form of artistic images imprinted into rock surfaces. In order to understand the significance of these artifacts and preserve them for future generations, it is highly recommended that a trained guide with knowledge of the area accompany visitors.

DO PEOPLE LIVE IN THE BROUGHTONS?

In the north of the Broughton, on the north-western side of Gilford Island, is the tiny community of Echo Bay, accessible only by boat or floatplane. Echo Bay is home to a couple of Vancouver Islands local celebrities; Billy Proctor and Alexandra Morton. Billy Proctor has spent his entire lifetime in the Broughton Archipelago working as a commercial fisherman, logger and trapper. He has an incredible wealth of knowledge and a deep connection to the area from his many years spent working and exploring all of the many islands and inlets. Throughout his life he has been an ‘avid beachcomber and collector’ and based on his homestead in Echo Bay he now has an entire museum full of artifacts, offering a fascinating and unique glimpse into the rural coastal life and the history of the Broughton. Alexandra Morton is a biologist who originally settled in Echo Bay to study killer whales in the wild. She now dedicates her life to the conservation of the area, specifically highlighting the negative effects of salmon farming on our native salmon, and related impacts on other species of wildlife. She now directs the Salmon Coast field station, which conducts internationally recognized and award-winning research on salmon ecology and conservation. 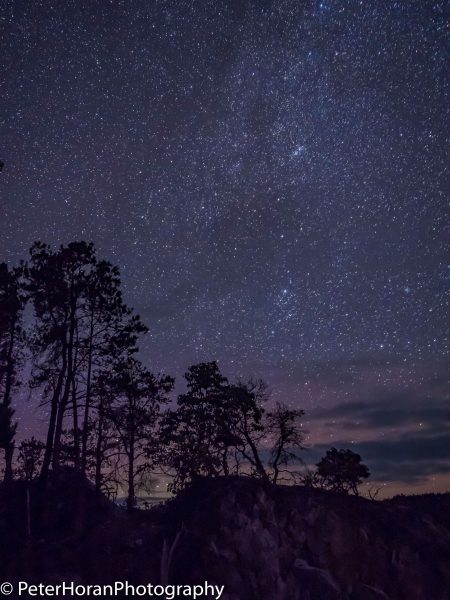 Northern Vancouver Island and the Broughton Archipelago are an adventure waiting to happen. If you’re looking for an area with beautiful scenery, a rich history, interesting people, and amazing wildlife all rolled into one awesome vacation, then this is it!